A Dark Journey Through Hefeweizen - Part 4

After the last 'few' attempts it seemed like nothing would get me any closer to the unicorn of a beer I had imagined. After many battles I finally gave up on WLP300 as it was the closest yet too unruly of a beast to manage. Thankfully I have White Labs locally to go try out other yeasts. Their tap room has saved me so much time experimenting by tasting flights of the same beer with different yeasts. Yet each I tasted made it really seem my goal was really just an imaginary creature. It was then in that tipsy daze (drunken stupor) that a light bulb came on...but that doesn't matter because I got a great idea after comparing two yeasts. Mixing them together created a complex yet mellow magical taste that I had been seeking!

At the time, I searched online and couldn't find many resources for blending yeasts much less any decent resources. Even the White Labs folks had only just started experimenting with their Franken Stout. Guess this was going to be my own adventure with Wenches and Beer! Or really just lots of beer as one of those two are in short supply... 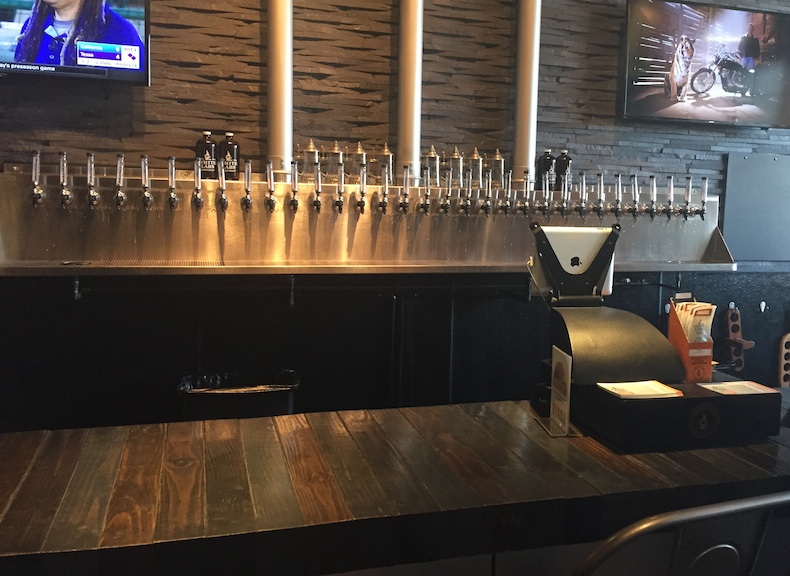 White Labs Tasting Room, so many to try...

Note, you will find this recipe a bit altered from the original. I have modified it to fit more in BJCP standards for dunkelweizen around this time so I could completely fail at the NHC competition due to my mixed yeast.

Finding Decoction didn't add much I went ahead and skipped it to save the time, fun as it could be. A simple BIAB Step mash schedule was all I needed though I had to adjust for the drop in efficiency. This has been simplified down to just a 10 minute fuleric acid rest at 111 F (44 C) and then a 60 minute Sacc. rest at 154 F (68 C). In order to only pitch the right amount, mix both yeasts in a sanitized container and pour back a volume into the vial. Use one vial's worth and you can save the other for next time. Fermentation was done at 66 F (19 C) for three weeks to get a balance between ester and phenols.

I had created a new beer but it was clearly pushed out of the realm of Dunkelweizen. It had the creamy wheat base, baked biscuit from the Munich and a light but noticeable roast flavor from the dark malts. The Hefeweizen Ale yeast providing the sweeter banana ester and spiced clove while the Bastogne Belgian Ale Yeast added an apricot like ester and light pepper spice. This was quite an amazingly balanced beer that did not overpower on any element so each was able to shine through.

I served this beer at the NHC this year and got feedback that it was an amazing beer from club leaders, homebrewers and even Mike 'Tasty' from the Brewing Network. The only catch was that this isn't a Dunkelweizen. No matter how good it would never win in any BJCP category for competition. Though I couldn't valuate my beer against such judges, making such a great tasting beer was enough for me. There was even a style name suggested and is my current until a better name arises "California Dark Ale". 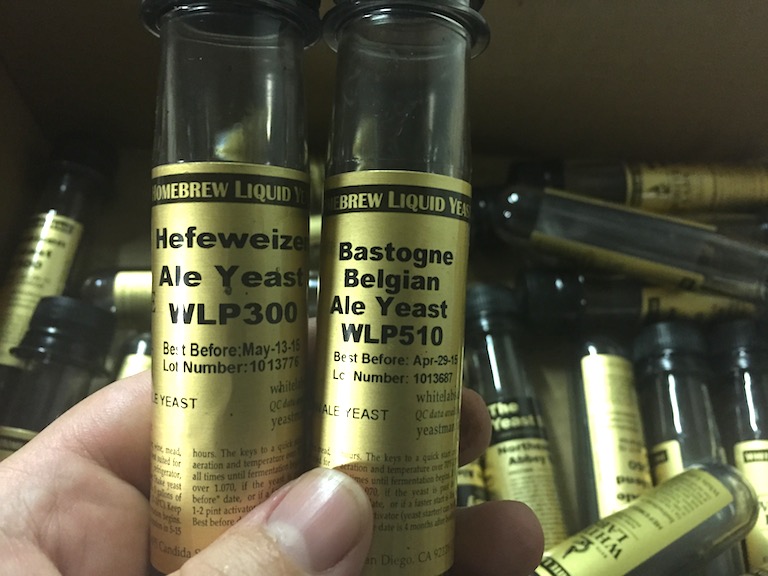 The remains of soldiers who have gone to war, tasty tasty war.

Now this is something that I first created and continued to tweak over a year or more before now. So when I said there wasn't much data before, that has changed. At the NHC, Chris White presented just this topic, Yeast Blending. You can find the presentation along with others from NHC on the AHA Website. This is restricted to AHA members, which I do recommend becoming one, so I won't repeat the info here.

In general though there are two main purposes of using more than one yeast, Flavor and Properties. The first is self explanatory enough and I recommend you attempt to try out a few combinations with your current beers. This is entirely subjective and a bit more challenging as you need to find not just complimentary flavors but yeasts that ferment at the same optimal temperatures. You could likely get some nice ester production from one yeast and a clean lager like flavor from another for example.

I bundle 'properties' into one group as it's not specifically the taste but the mechanics of the yeast. Primarily Attenuation and Flocculation. Your primary yeast that can be used for flavor might not be that great at either or both of these. Adding a second yeast later in the process can help finish off a beer with these factors while they don't impact the flavor as much due to how little fermentable sugars are left. Too little sugars might not provide much benefit as the yeast won't be too active in order to reproduce.

A few personal notes, this form of brewing is expensive as your getting two yeasts for one batch. These yeasts do not properly propagate between batches if you do yeast harvesting. You might be able to get 2-3 batches this way per Chris White when I asked him at NHC. Beyond that the yeasts don't balance and the flavor won't be the same. It is possible to make a starter and save yeast before blending and keep them separate. Unfortunately I don't brew enough using both yeasts to do this yet so I buy two vials each time for my experiments. You will get an extra vial of the yeast this way that could go bad if it isn't used soon. I recently just tossed this blend into 4 gallons of Apple Juice to see how it turns out and will report back. Previously I was loosing yeast as I don't usually brew the same thing in a row, variety is the spice of life.

What's left to do?

There is never a real 'end' in this beer it seems as I have hit my goal but that only opens up more beyond it. Right now I have another batch currently in open fermentation and with an odd temperature profile in order to produce as much flavor as possible from the yeasts. That will be done in about two weeks time so I can post results in about three. In the meantime I will work up other blog posts on other topics and return to this one. Beyond the current experiment, I have plans to do a high gravity version to see just what kinds of flavors I can pull from the yeasts even beyond using raw techniques. For now, continue your own Adventure and we can party up later for a beer or five.