This is partly a continuation of the Odd Beer series and an experiment on putting my yeast blend to the test. There isn't really a style anymore for this beer as there are elements from the different yeasts and far more roast in it than normal for even the blasphemy version of this style I make and so I could only call it a Dunkelweizenbock. Mostly because a Heavy Dark Belgian Wheat just didn't sound sophisticated enough for all that was going into the beer.


The major modifications made to the beer were the addition of pilsner to not overload on munich malt while keeping the impact more neutral. There was an adjustment to the caramunich to up it to 1lb and the carafa special III for more color as I really wasn't in any competition guidelines. I mashed on the heavier side this time (154F) to see how it would turn out. The only other change was that I now had to deal with the new White Labs yeast packets. These things are a bit annoying as they make a bit more of a mess opening, having to sanitize scissors for the job too, and the new cell counts messed things up. This time I tried to gauge that the higher ABV and higher cells would be fine if I kept my 50/50 mix and got about 150m-200m total cell count. Fermented at my usual temperature at ambient 66F.

Well...I can't say I wasn't surprised by the results, for better or worse. The beer was far..hotter than I was expecting. In the sense that this was far from a beer I should have made this time of year as the area warms up (as if San Diego has a real winter). The phenols and pepper from the blend of yeasts were not overpowering but combined with the high alcohol content made quite the gut warmer. I could easily see adding some vanilla and cinnamon to make this more of a winter warmer beer. At the pitch rate, I think I didn't get as much punch out of the esters I wanted but I don't know if this version needs them. The fruit likely wouldn't go so well with the spices involved at this high ABV. The one thing I notice is that the beer is caught in the middle of the road for maltiness and mouthfeel. It has plenty of the first but no real dryness to combo with the bit of roast and pepper. Yet the lack of sweeter malts have made it not push in the direction of caramel beer which would be an interesting option. I think that things should turn out better with about a month of aging for this beer. If not I am going to back-sweeten it with some dark candi syrup to complement the flavors. If I did it next time, it would definitely be for the winter months and I would likely use some dark candi or more crystal malts to sweeten it while adding in some vanilla and cinnamon to add more complexity. There is also the options of fermenting warmer or with less yeast to get more esters. 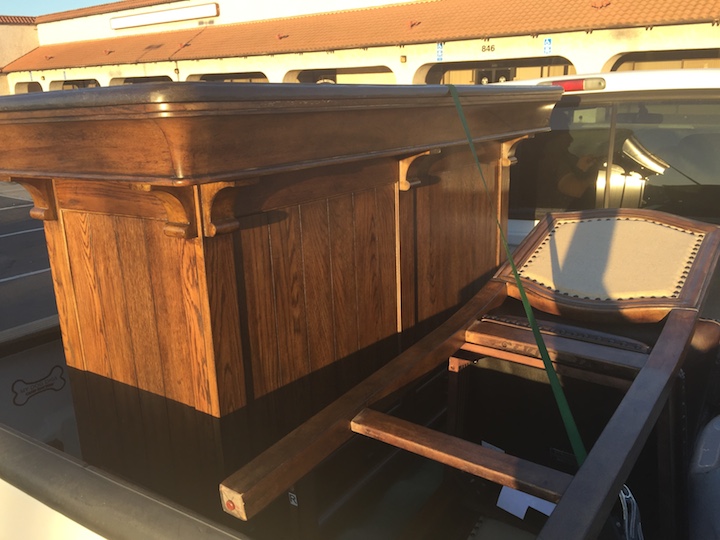 So there are many things going on in my household which have taken a lot of my time and as such I have only been posting once every two weeks. Part of that is trying to brew my crazy beers AND for two competitions though I initially wanted to avoid them. I thought it was too amusing to send a few of my crazy creations along to see how they end up. Beyond that, I am working on an in-wall tap system in my house to go with a shiny bar I picked up. This is taking me a lot of time though as it is very involved integrating things in my old house. I might have knicked a power cable and waiting on some electrician assistance (I totally know what I am doing). But before then, all the parts have come in and I wanted to give a shout out to /u/foreverahipster and AIH for the shwag that came with all the taps I ordered. 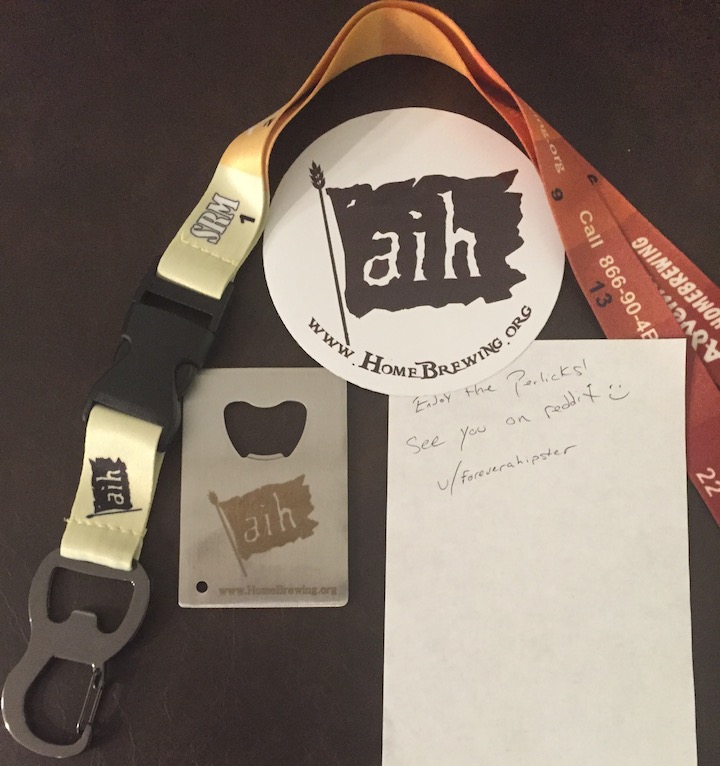