Appearance: pours a brilliantly clear amber into my pint glass.  I get not quite one finger of darker off white foam that does seem to linger for a while.  Leaves behind some nice, sticky rings of lacing.

Aroma: resiny, spicy hops dominate, though the aroma level isn't the big explosion I would like in an IPA (I'd classify it as more of an APA).  There is a very mild citrus note or two.  I can pick up on a little malty contribution, but it's not much.

Flavor: fairly complex hops flavors up front.  Flavor follows the nose; resiny hops are the star of the show, though some light citrus peel type stuff is here, and you can definitely pick up on the spicier hops. The malt mostly fades to the background, but it's there - a slight sweet note starts off that plays well with the hops.  Finish is bitter, and continues to dry out my palate, lingers for a bit. Alcohol flavors are nonexistent.
Mouthfeel: pretty light, with a bit of slickness to it, though again, it dries out interestingly on the end of each sip.  Carbonation level is nice, causes a pleasant prickling on my tongue.
Overall: Sam Adams gets a lot of snooty reactions from the "real" craft beer set, but guys... this is a nice beer.  It doesn't have the big citrus hop punch of a typical American IPA; it's almost like a West Coast IPA met an English version.  The maltiness is one dimensional and reserved, but the hops - while not just huge - are pretty pleasantly layered and complex.  At $8 for a sixer, if the other varieties are even close to this good, I made a really nice purchase.  I would gladly pick up this particular variety again.


They still make that? I thought they switched to Rebel for their IPA lineup.


I think it's their summer seasonal IPA.


Where do you get that Marshall?

(I think he's being facetious) 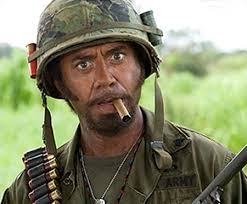 Hah.  Best by August 2015, so there.  They had Rebel, too.
Some jackhole had been sticking random bottles of Boston Lager in the IPA sixers.  No thanks.

Boston Lager is the only SA beer I thoroughly enjoy, I'll order it over SNPA when it's on tap and relatively fresh.

I enjoy Boston Lager, please don't get me wrong.  I just don't want other shoppers swapping it into my IPA mix.


I wish make your own 6er was the norm.

At Wegman's in New York, it basically is, at least the one I went to with my brother. They had 2 walls of craft beer and empty 6 pack carriers, you filled it for something like $8-10. Pretty cool.