A Dark Journey Through Hefeweizen - Part 1

A discussion on reddit recently had prompted me to write up about Hefeweizen yeast. Yet as I started it just didn't hold light to the experiences I had. Just a summery of what was learned instead of the Adventure that had transpired to get me there. So this post starts the five part recordings of 'A Dark Journey through Hefeweizen'

Over this time I will be covering different parts of the brewing process for Heff beers. Though this is for a Dunkelweizen the notes and techniques are still comparable for normal Heff beers. This first post will be more an introduction to myself and how I got myself started down this dark path. This will continue into Part 2 about Heff Yeast, Part 3 on Decoction Mashing, Part 4 on some Yeast Trickery (wait for the surprise), and part 5 on combining all these elements into the final form of this beer.

A quick pre-cursor before the story begins. The homebrew beers I detail out in each part has been a one or more batch experiment with changing a variable or two. These are not side by side blind taste tests and have only been vetted by my experience and response from those tasting them. Also each is my recorded recipes before I knew better ways to brew. You are welcome and encouraged to try them yourselves, with improvements or not, and hopefully report back. 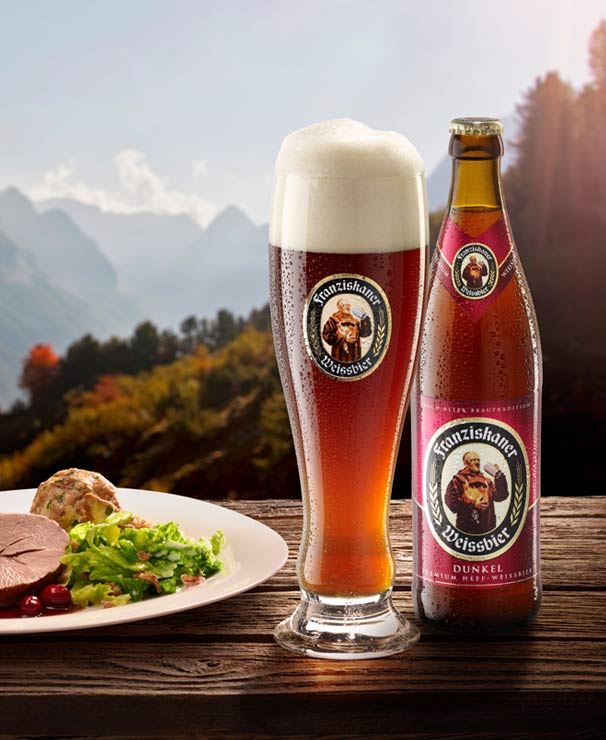 You might find it odd or alien even but at one time in my life...I hated beer. The collage cheap lagers was all I knew of and really could afford as they were full of barely palatable flavors. Which then left you sick the day after as you had to drink a few before being able to ignore the taste. That didn't last long after getting to know my current brewmate, lets call him Adventurer B the Ranger. You might have seen his vicious animal companion in my last post. He got me a taste of what 'beer' really was outside those house parties which included the discovery of wheat beers. Something more than just drinkable but actually tasty too. Getting more into these beers I went exploring on my own, as dangerous as that might have been. Lady Luck had my back though and I managed to find Franziskaner Hefe-Weisse Dunkel. My journey into the darker lands had just begun.

As horrible instigators they are, B and another buddy Adventurer R, the Bard, would try and get me into 'another' new hobby. Homebrewing seemed not just interesting at the time but also would help fill my craving for more Dunkelweizen as there were few brands imported. Ambitious as a young new cleric of all that is dark wheat beer, I not only wanted to create my own but also make it better. 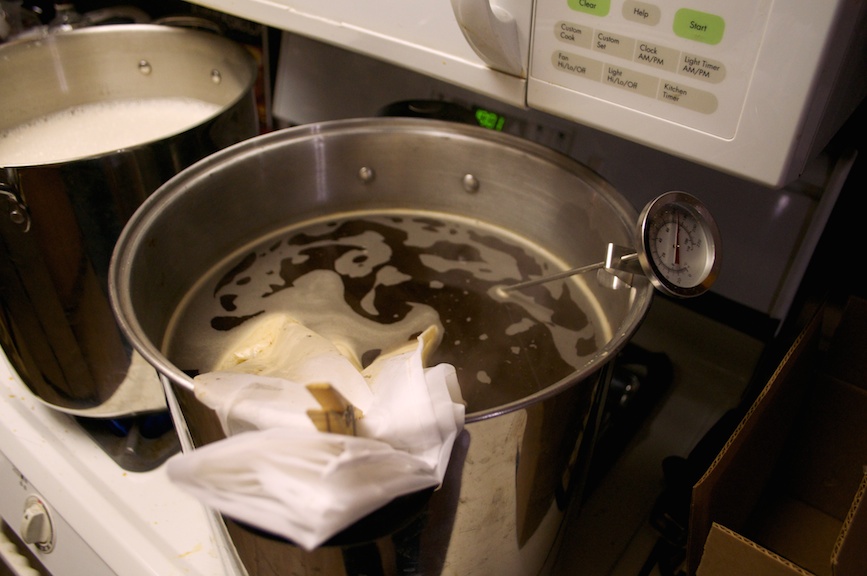 BIAB Mash on one side, Raspberry Heff extract batch on the other.

The Alchemy of Clones...

It wouldn't be amiss to say that there was time spent researching the tomes(internet) for building such a recipe. New to this profession and with such a low skill score I could only guess what was needed. Building out an all grain recipe well before knowing that it would all be for naught. The party met up at the brew shop for supplies to learn that we had missing equipment. All grain was not possible we were told without spending more golds. A compromise was met as the recipe was adjusted for our meager budget. Behold the Partial Mash! 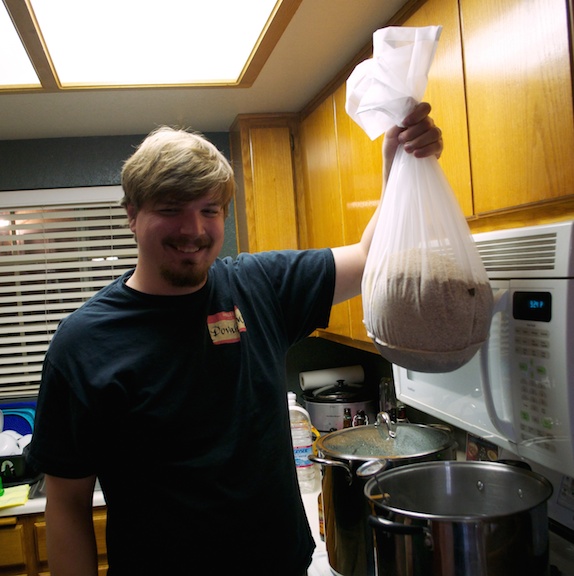 Do a brew in a bag method for the grains, mash them in 156 F water for 30 minutes. I used 4 gallons of water for this in a five gallon pot which allowed for just enough space as the grains absorb some of the water. Afterward start your boil and add in the Hops and Extract at 60 minutes. After that it's just a matter of waiting and adding Whirfloc if you like at 15 minutes. If you want an all grain version, just take out the extract and change the White Wheat to 6lb + Munich 10L to 4lb (plus any Rice Hulls if you try with a mash tun)

Fermentation and pitching size is key for hefeweizen yeasts. I learn a lot of this later in trial and many errors as I first got into brewing. But the instructions this time is to pitch only one vial, no starter, and keep your temperature low at 64-66 F for about three weeks. Just what effects this gives, I will cover in more detail in another part of this Dark Journey through Hefeweizen. Until next week, have a pint of brew and enjoy an adventure of your own.