For all my dreams of working up to going pro, homebrewing really is just a hobby right now. Repeating the same recipe with minor tweaks each time to perfect it, while a great learning experience, is just boring most times. That brings about a lack of motivation to move forward, a watering down on the passion which drives me to do more, be more. To get back to my roots I focused on the few things that brought me to the hobby in the first place. The first was being able to make beer I couldn't get anywhere else. The second was to enjoy sharing something that I had made, for better or worse the responses. And lastly, to always be learning as there is so much that is left to experience and even explore new paths not yet taken. So I decided to dedicate myself to making twelve odd beers in 2016 on top of whatever other beers I end up doing. Armed with the suggestions from Reddit I have started on the first, though just a warm up: 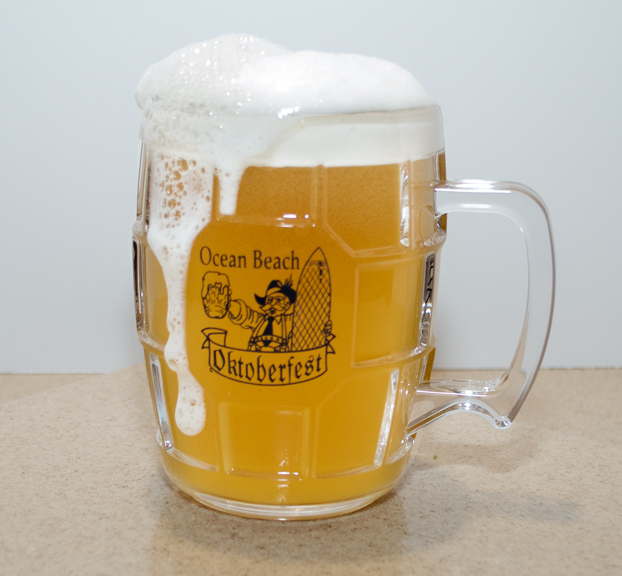 This beer was an example one I provided to Reddit though I include it in one of the twelve. It experiments the use of Lactose being used on beers other than Milk Stouts. Primarily in beers that mimic flavors of dairy products. Of course I wouldn't try only one new thing at a time, I also wanted to see how to bring out more orange flavors without using orange due to how it ferments badly. Then toss in attempting burst hopping for fun though it was too low IBU to make much difference. So, I built out a clean custom recipe that was heavily modified from a Cream Ale that I had done before. Someone will likely point me at some random style that it might be closer to.


Process wise was fairly simple with my normal routine, 50%/50% mix of RO Water and City/Tap water treated with camden brought up to hit a mash temp of 148F (64C). After the sixty minute mash, I went into a 40 minute boil which I used the first ten minutes to clear off any hot break before hopping. I couldn't think of a best method to get the flavor yet keep the IBU's low on Galaxy so I tried burst hopping from 30 minutes down. I didn't bother adding whirfloc as the lactose was going to be cloudy enough. Of course that's exactly what I had to forget at the end as I was brewing solo that day. Remembering after I was in the middle of chilling, I pulled off a small portion of wart in a sanitized pot. Bringing the volume up to boil before adding and making sure the lactose dissolved properly in the mix. Then chilled and added back to the main volume in the fermenter.

I picked out my personal favorite fermentation temperature to try any yeast of 66F (19C). Fermented two weeks at that temp and then brought up a couple days to 72F (22C) to let the yeast clean anything remaining. Now, with this beer being a first I wasn't entirely sure how much orange flavor was going to be there much less how much vanilla to balance with it. For this first run I plan to add real vanilla extract to taste after kegging.

A new home and a new process, there just is a lot more room for error. Old habits lost and distractions abound led to the continued issues with this beer. On cold crashing, I made the mistake of not pulling the blow off tube. Which of course brought in it's lovely star san water to the beer. But not all was lost, the higher gravity of the lactose helped keep the fluids separated. This allowed me to get the siphon in beyond the 'mix' zone and pull of pure beer. It did end up only with about three and a half to four gallons of the beer to make sure I didn't get any mix. Thankfully it came out clean! The aroma for the beer was all I wanted, really orange citrus on the nose but the taste was a little too light on the 'orange' flavor. Blending in the Vanilla to taste it came out quite tasty regardless with just a little more on the bitter end than I wanted. It did hit my target though as it showed 'Orange Creamscicle Ale' was a reachable goal to match the flavors. Likely next time I will drop the 30 minute addition of Galaxy and try to find something to boost the orange flavor like adding just a little bit of Citric Acid or using some peel late in fermentation. 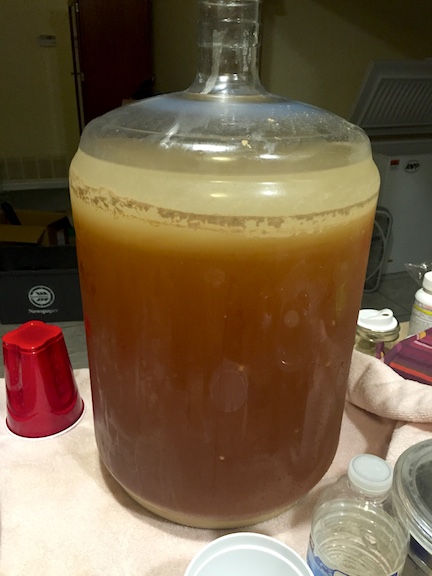 Now as if this beer hadn't had enough issues already, the picnic tap I use failed or got caught which emptied out the 2-3 gallons I had left after a 'few' tastings with my roomates. A lot of cleanup of the chest freezer later and a few tears later, I decided to set aside the recipe for later as it seemed a curse unto my house. If that wasn't enough, someone forgot to put the temperature probe back into the chest freezer. Resulting in the loss of two bottled beers (one exploded, another oxygenated when trying to melt) though we were able to save (and consume) two of the sour beers as only the tops had been knocked off. Hopefully things will be a lot better when I go to brew the Mountain Dew Ale next.