In Pursuit of a Great IPA Hop Bursting and Hop Stands Are they worth it?

For the longest time, I have been a very traditional brewer when it comes to hopping and bittering.  Sixty minute addition for my bitterness, somewhere around 20 for flavor and then 0-5 minutes for aroma. Some of it was my not wanting to invest in the amount of hops it takes to do these methods. But as of the last few years you are hearing more and more of these new techniques to insert not only flavor and aroma into your beer but bitterness too. And in search of a great IPA recipe, what would you invest to make it. These techniques are said to be anchored in home brewing and have cascaded into the commercial realm of some of the great IPA brewers. So there has to be some truth that they work.

Hop Bursting is the addition of late hops, and only late hops. No bitterness hopping at the beginning of the boil. Some brewers use a mash hop or first wort hop to compliment or add some bitterness. With this addition some say the bitterness tends to be softer. I am not sure it does, but I can tell you it lends a massive hop aroma and flavor.

Hop Stands, simply put, are the addition of hops post boil before the cooling, or sometimes it is during the whirlpool. As the wort is still hot, not boiling, you are extracting some alpha acids, but not as much as you would with boiling. And again, you are getting a ton of aroma and flavor from those big additions of hops.

A few weeks back I did an IPA with using a combination of these techniques to see what all the fuss was about.

First I treated my water with some additions. Here in Portland, we have some of the best tap water I have ever drank or brewed with. But I wanted to be able to accentuate the hops in this beer so I added, 8.5g of gypsum, 2.6g of Calcium Chloride, and 0.8g of table salt.

I mashed in at 148 ⁰F for 45 minutes, and then started my vorlauf.  I wanted it to be a fairly dry beer, shooting for a final gravity of 1.010. I ran off slow to maximize the clearing of the wort into the kettle. When the wort started to boil I started getting anxious. No hops at the beginning of the boil….I stood my ground to not add any. With 20 minutes to go, I added my “Hop Burst” hops, 1.75 oz. of Columbus. There was the smell this wort needed, HOPS!  At the end of my 60 minute boil, I turned off the heat and threw in my “Hop Stand” or whirlpool hops, 1 oz. each of Amarillo, Citra, Galaxy, and Simcoe. A total of 4 ounces went into the wort to let it stand for 15 minutes. At this point, some brewers vary the amount of time to let it sit before chilling, I went down the middle of the ones doing a 30 minute whirlpool and those doing 5 minutes. Also, I have heard of some that toss in up to 8 ounces of hops in a five gallon batch. Again, I wanted to stay near the middle of everything for my first time.  I chilled the wort and pitched the yeast. I had myself 6 gallons of 1.060 wort, ready to become a fantastic IPA, so I hoped.

Primary fermentation went without a hitch and finished in 4 days. I ramped up the temp from 66 ⁰F to 72 ⁰F to clean up any off-flavors, and then I tossed in my first charge of dry hops. I do a two round dose of dry hops when I do hop forward beers. I feel it keeps the hop aroma fresher longer. The first round I did ½ ounce each of my blend (Amarillo, Citra, Galaxy, and Simcoe) and on the second round I match it with the same. When I am done with the 8 days of dry hopping, I add my gelatin to clear the beer and cold crash it to 33 ⁰F.

This recipe by far has been my best attempt at a great IPA. Aroma sticks around forever, the flavor is balanced towards the hops, and it is oh so juicy. This is a hard one to explain until you taste an IPA that has it. How do you explain Hop Juice to someone?  I do not get the bitterness that I am accustomed to, but that might be from the new techniques not getting the IBU I wanted out of them.

In conclusion, I would say if you want a hop forward beer with tons of flavors and aromas coming from those great hops we all talk about, then these are definitely methods you should look into. I know I will be using them in my approach from now on. 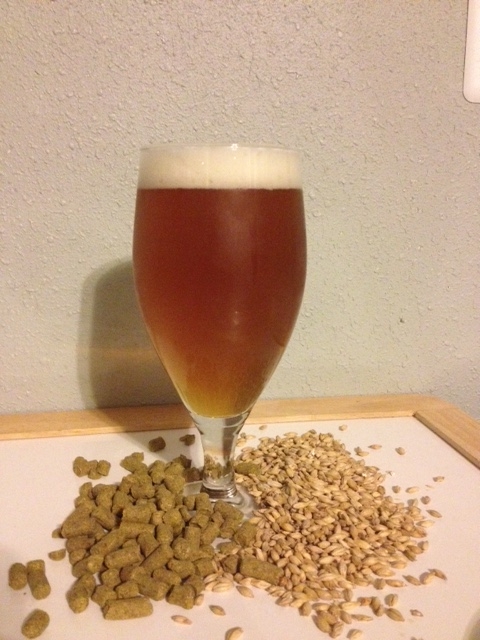 Cool!! I'm going to give this a shot on the next go around at making a new IPA!

Alright, giving my first go at the hop stand today instead of adding a bunch during the last 30 minutes of the boil. Trying this on my "house" IPA recipe, so I should be able to notice the difference.