A Walk Through My Brew Day

I brew indoors in my kitchen. My set up is for 5 gallon all grain batches. Today I brewed a Traditional (uh, sort of traditional) Bock. It's the third time I've brewed this because it's popular with the wife. I'll post the recipe at the end.
Brew day started a week before by making a 3 liter starter of WLP920. Once the starter was done, I split it into two 2 Liter flasks to cold crash in the refrigerator (5 liter doesn't fit well). Once they had settled out after 48 hours, I decanted beer off both flasks and consolidated them into one. That sat in the refrigerator until today.
After dragging all the equipment out of the basement, I began to collect the 8 gallons of water for the mash. The water is filtered through a charcoal filter, but, I could probably use tap water just as well. I do this by hand with a 2 quart pitcher. 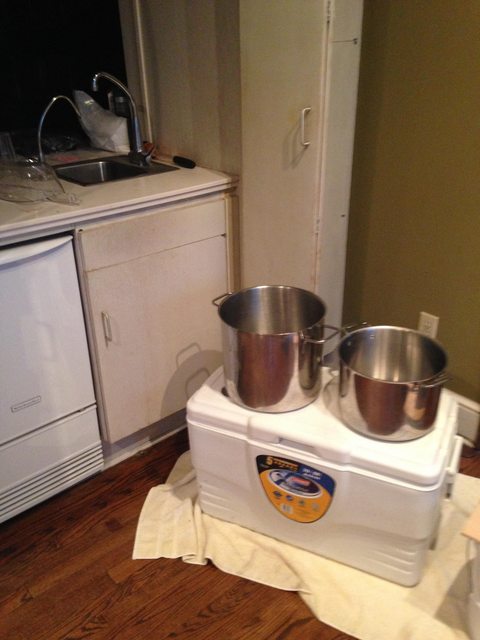 After collection, I add the Campden and water adjustments before beginning to heat. 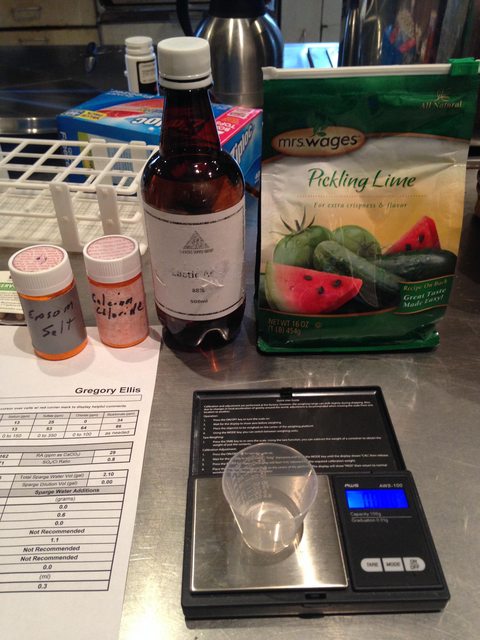 While the strike water is heating, I measure out the grain and mill it. I use a kitchen scale to measure the grain and a Cereal Killer with a drill attached to mill it. 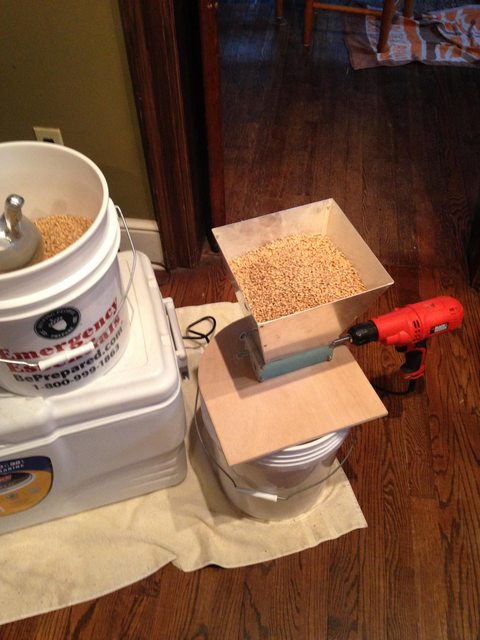 Once the strike water is heated, I pour it in the mash tun and wait until it comes down to the proper temperature before adding the grain. 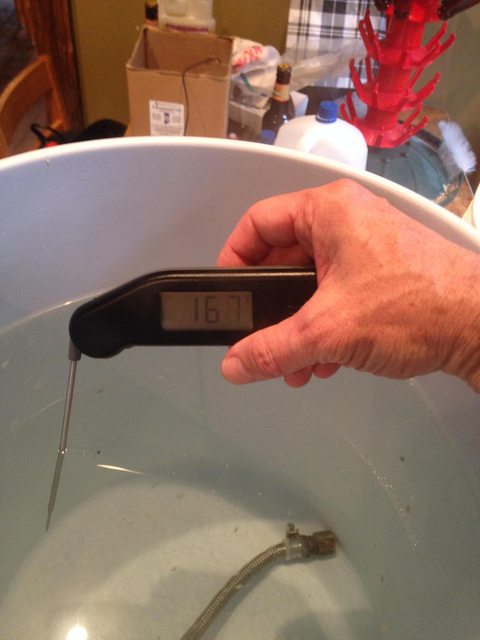 Unfortunately, I got caught up in documenting and mashed in too high. Go back to Alabama Murphy! Much stirring brought it down in a few minutes time to 156 F. Sorry, no pics of the mash due to the efforts to bring down the temp. 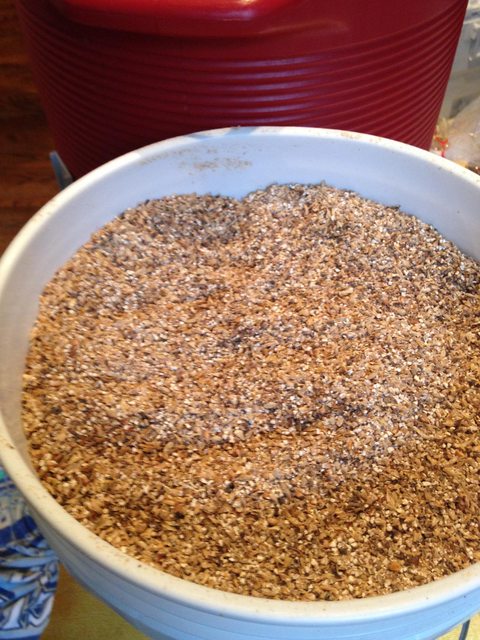 After the temperature came down, I started the mash timer and took my initial pH reading. I usually take readings at 10 and 50 minutes. I also rarely make adjustments on the fly. You'll notice the MW-102 and the dual probes you have to hold. It's a bit clunky. I also find that if you start with pH lower than mash pH you get a lower number than if you place the probe in the buffer 7.01, rinse, and then measure. Not sure what that's about. 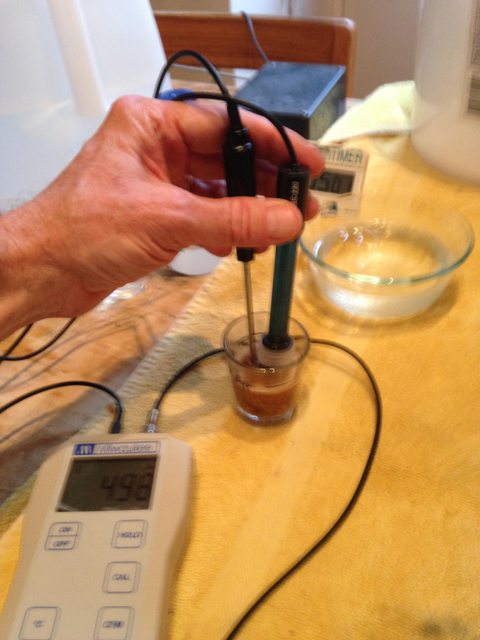 At the end of this mash, I took out about 3 gallons of the mash and brought it to a boil in order to get some of the flavors one might get with decoctions. I'm a lazy man and don't see the need to go through all the decoction steps with the modified malts we have today. Hence the sort-of traditional Bock. I boiled the mash for 30 minutes and then returned it to the mash tun. 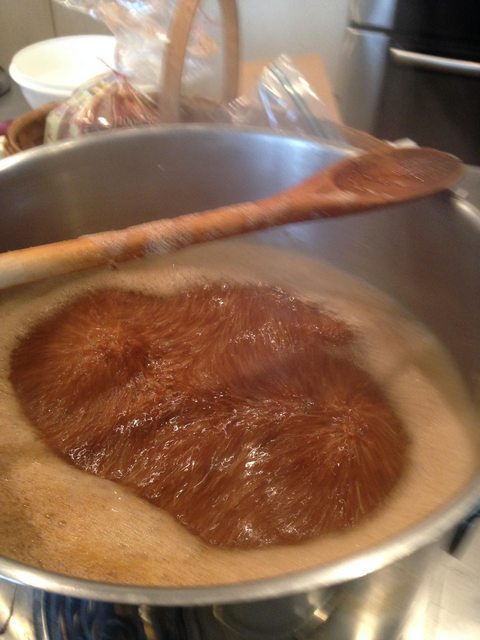 I then stirred, vorlaufed, and collected the wort. While collecting the wort, I took off a quart, boiled, and chilled it. We'll talk a little more about that later as this is a little weird and probably totally unnecessary. Due to the thin mash I had a 2 gallon sparge. 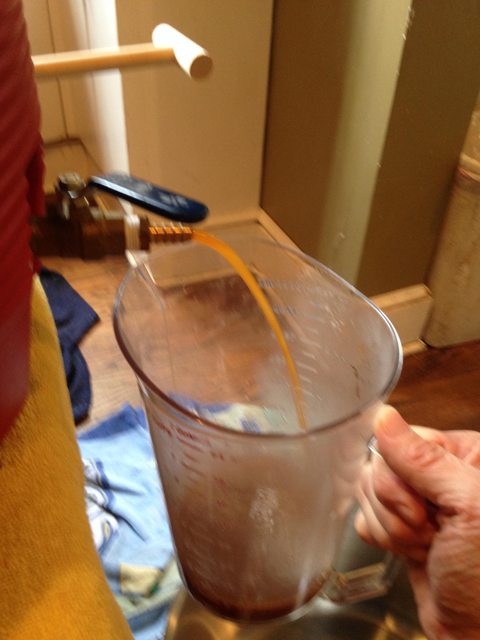 Getting the wort to come to a boil is a bit of a challenge on the stove top. After I collected 3 gallons I put the pot on the stove on high while I collected the rest. Once all the wort is collected I put the lid on until it comes to a boil. The boil was 60 minutes with hops, whirfloc, and servomyces added. 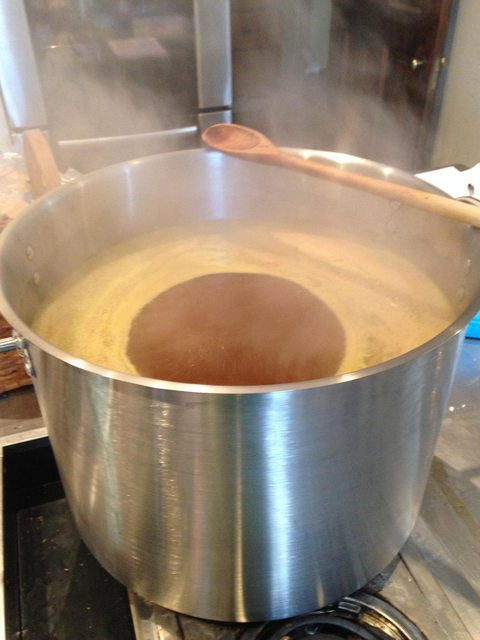 While the wort is boiling, I remove the starter from the refrigerator and decant the beer off. I then put the quart I previously took off and put it in the starter flask. I put the flask in a ziplock bag and put ice in the bag to keep the wort cool while on the stir plate. Yes, it's different. I like to give the yeast a little chance to wake up while the wort is boiling. It also helps to suspend the yeast really well so transfer to the carboy is a little easier. It is most likely overkill, but, it makes sense to me. 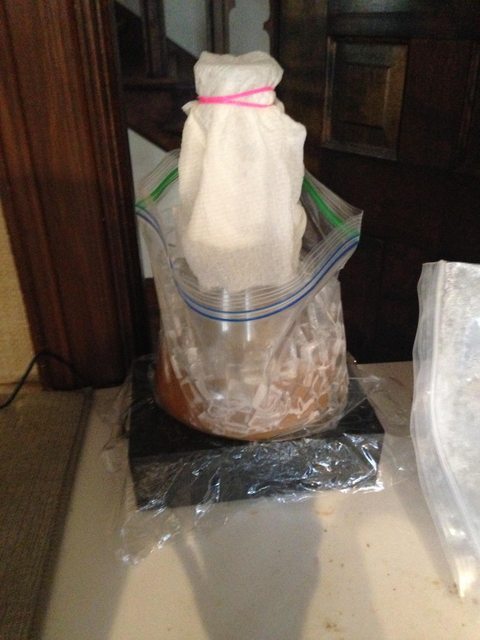 After the boil, it's time for the 70 quart cooler filled with ice, the King Cobra, and my pond pump to take the stage. I got the temp down to 51 F in 15-20 minutes. 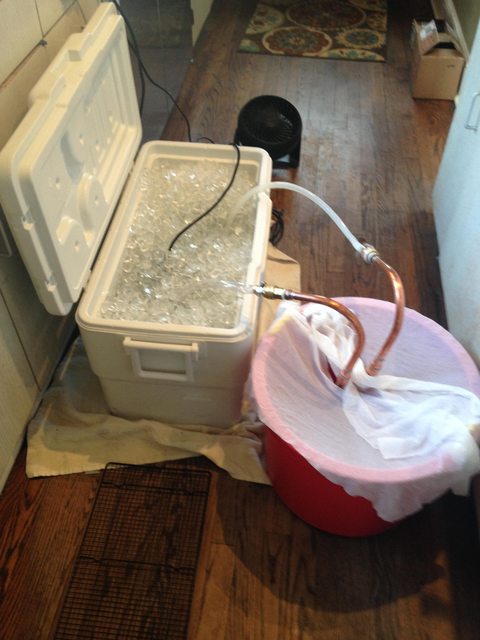 After chilling, the wort is whirlpooled and then siphoned into the carboy. 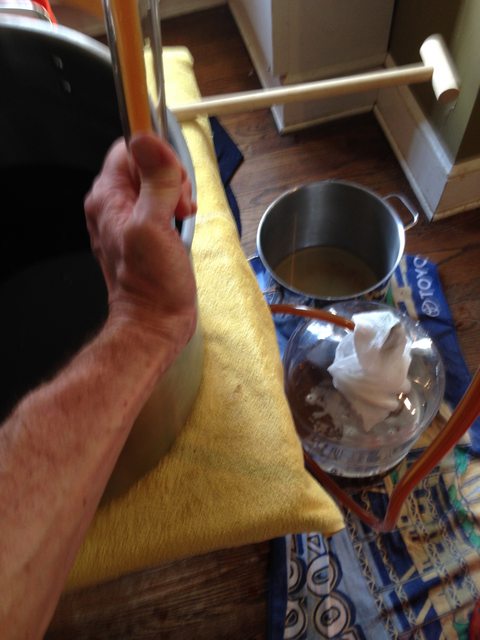 I then oxygenate the wort with about a minute of O2. 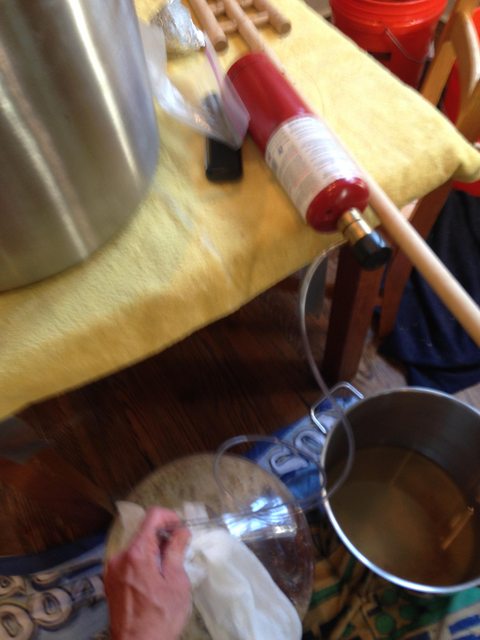 I then remove the yeast from the stir plate and pitch. This stuff was thick as there were about 600 billion cells in 1 qt. 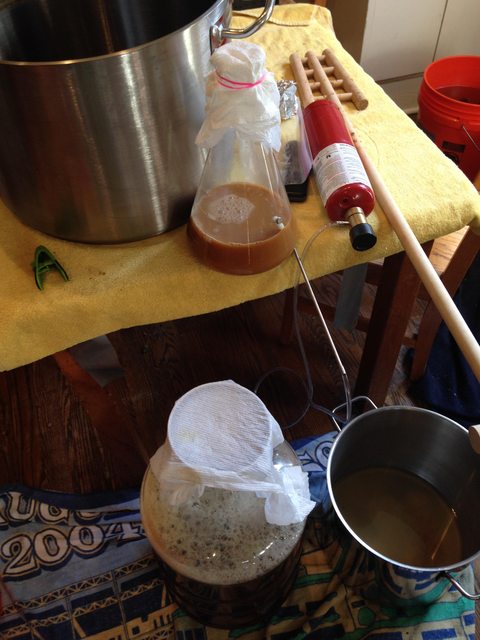 After pitching, the carboy was taken down to the fermentation chamber and the temperature was set to 50 F. 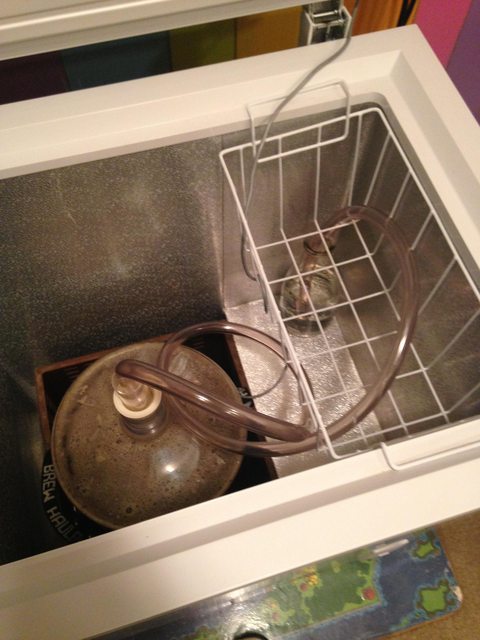 very cool, I like the idea of adding the additional wort to the starter.. do you use an STC temperature controller?

Maybe I missed it- I see the Servomyces but what yeast did you use?

I use the Johnson Controls a419