This forum was looking a little lonely so I hope you will all indulge me if I share my review of the Sierra Nevada Harvest Wild Hop: Neomexicanus Varietal. 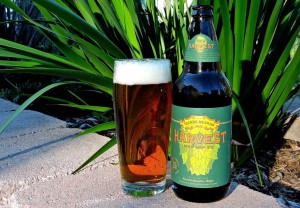 Overall Impression:
Man, this is good. Like most of Sierra Nevada’s seasonal releases, I am going to miss this once it is gone. After spending so much time researching neomexicanus hops I was secretly worried that this beer would be garbage and I would have to recommend to everyone that they stay away from neomexicanus until hop growers cultivate varieties that are worth our time. The beer as “just an IPA” is well balanced and worth drinking, but as a showcase for neomexicanus it absolutely accomplishes its goal. I can’t speak to it’s “weediness,” but there are a variety of interesting flavors going on that I have not seen from other hops. There are plenty of hops out there with tons of citrus and tropical fruit character so it’s refreshing to see a hop with some interesting herbal and earthy character as well.
I have to give Sierra Nevada major props for taking a risk on not only a new hop variety, but an almost completely untested native American hop breed. If this beer is any indication of the future for the variety, I cannot wait until more hop growers and brewers get on the neomexicanus train. If you live in an area where Sierra Nevada’s Harvest series is distributed keep your eyes peeled and grab as many of the freshest pints and bottles as you can get away with–you will not be disappointed!
Full review here:
www.fivebladesbrewing.com/neomexicanu...


Sounds pretty good. I really gotta find a place that sells more Sierra Nevada stuff outside their regular pale ale. I wonder if it's because I'm on the east coast that it's harder to find their stuff out here.


Good review!  I'll have to keep an eye out to see if I can find this beer.