Partly because of our favorite exBEERimentalist I've found my brew days  getting shorter and shorter. I'm done with the mash as soon as I hit gravity, I don't worry about trub, and I've even quit chilling below 120F before throwing the beer in the fermentation chamber.
Well, this one needs to be even faster! My firstborn arrived 2 months ago and I was told that I didn't have time to brew. My wife also complained about the humidity of a stove top boil which rules out a small BIAB batch, too. Or does it?
This is a little experiment of mine. Keep in mind this isn't answering questions about what difference a boil makes, or whether your beer will be better with or without it. There is no control batch, only the final beer. My intent with this brew is to find out whether I can make a good beer with less boil time! Surely this will have intolerable DMS, you say? Let's find out. To reduce this possibility I'll avoid using any pilsner malt  and make it an ale, as DMS may or may not be somewhat  more volatile at ale fermentation temps than at lager temps. I'll likely rarely (if ever) use this technique going forward but why not see whether I can learn anything from it?

I chilled the wort to 120F after a 20 minute hop stand with the lid on. After it had been in the ferm chamber over night it was pitched at 68F and slowly ramped up over a week to 78F. After confirming final gravity the beer was cold crashed, the hops added, gelatin added, and the beer bottled two weeks after brew day. It was carbonated and ready to drink in 6 days.
Let's follow along with some low quality pictures. 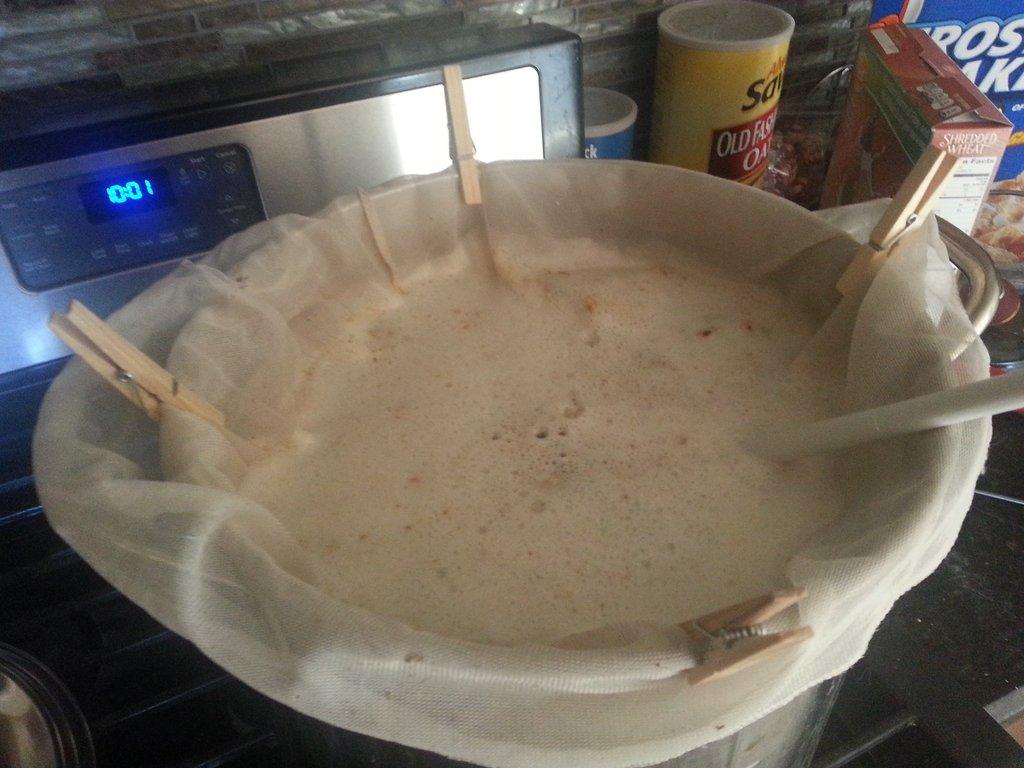 Mash in at 154F. Nailed the temperature, I'll bring it to a boil whenever I can get back into the kitchen. 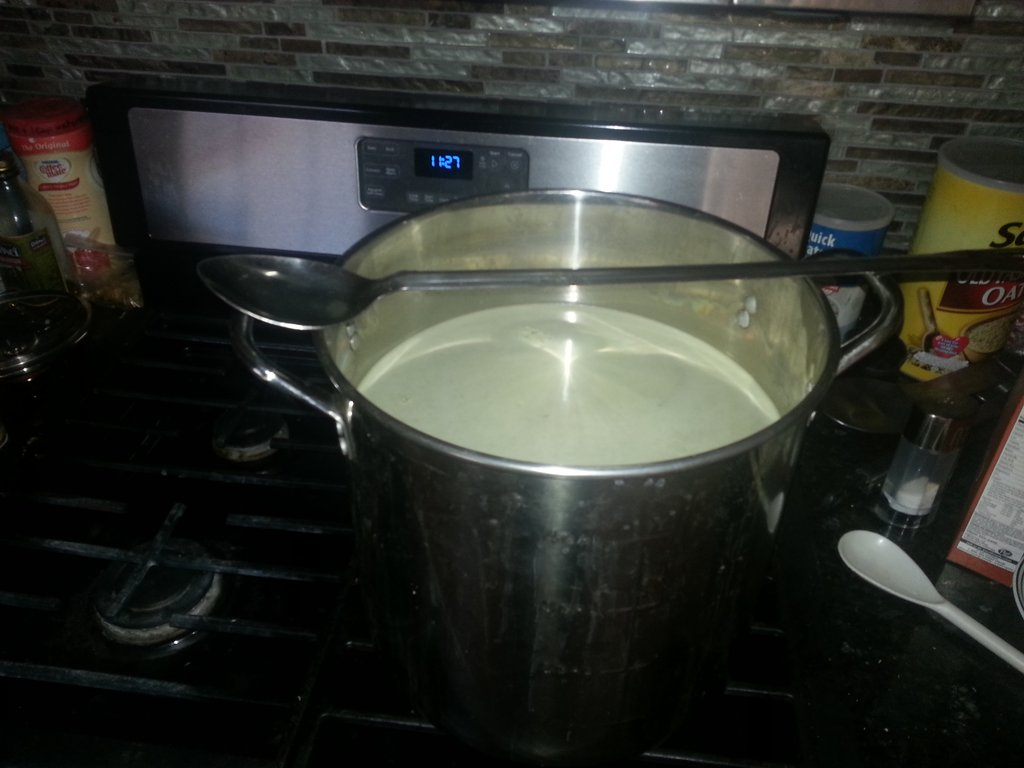 Some time later, I squeeze out the bag and add the first round of hops. Here it is heating up to a boil. 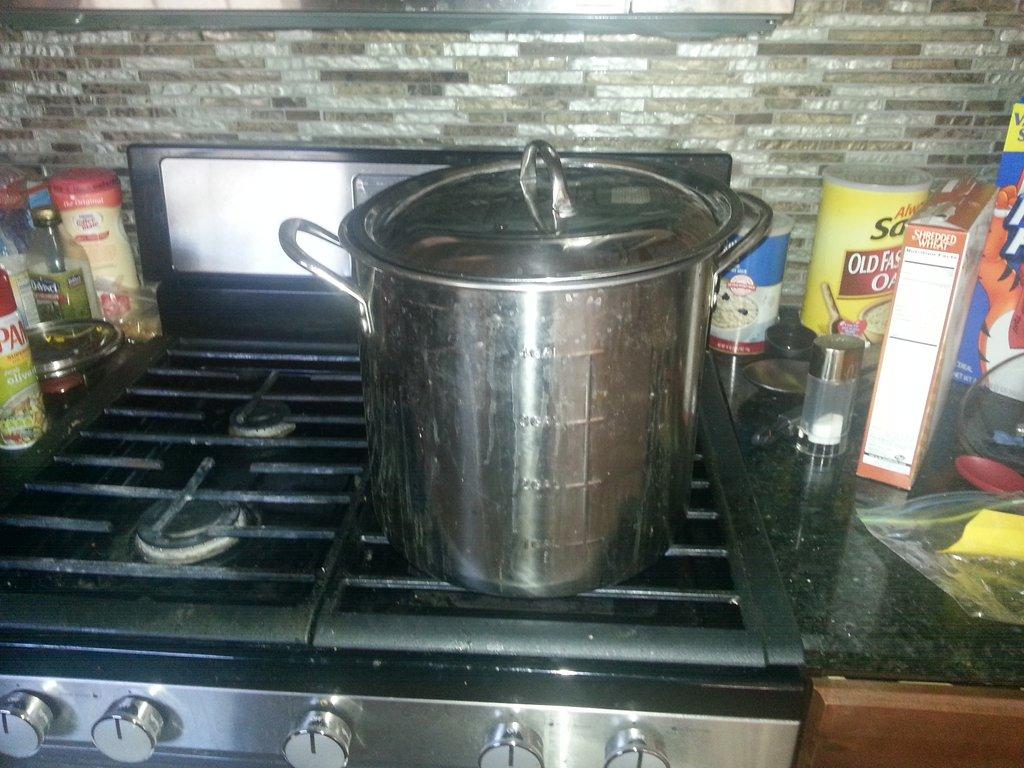 Add some boil hops, throw in the generous dose of flameout hops, and the 20 minute hop stand with the lid on is shown here. 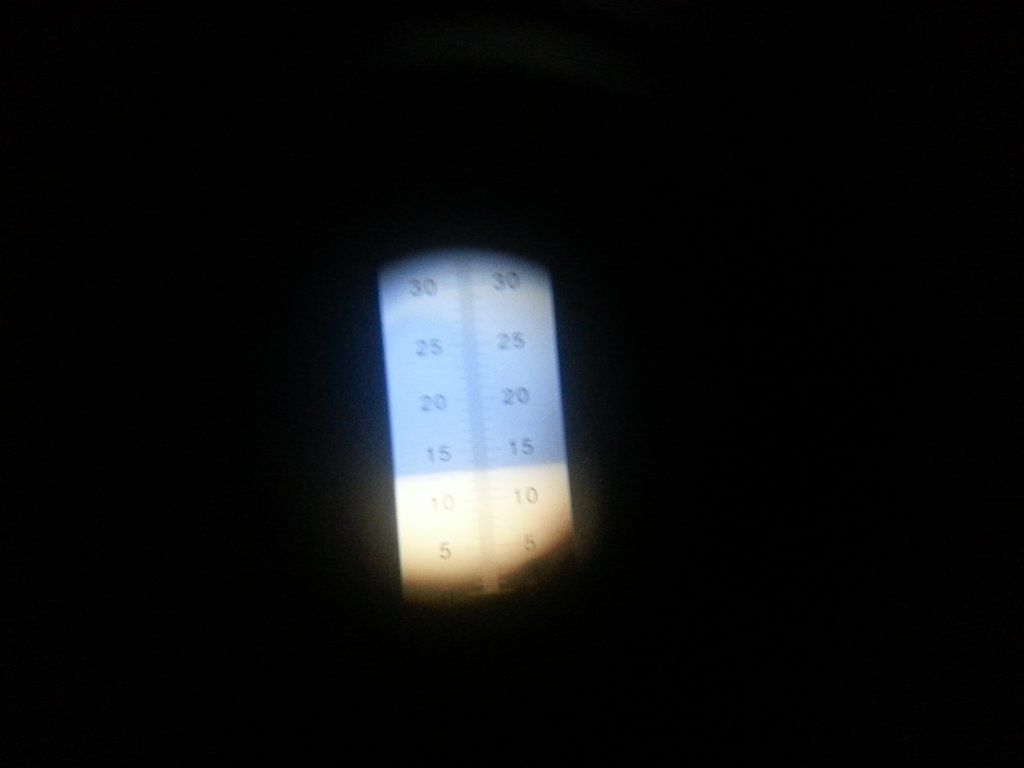 Can anybody read that? No? Well, I took that to say 13 brix, which means I was at 1.053 OG, more or less. I don't care too terribly much about the exact gravity, I just try and get in the ballpark. 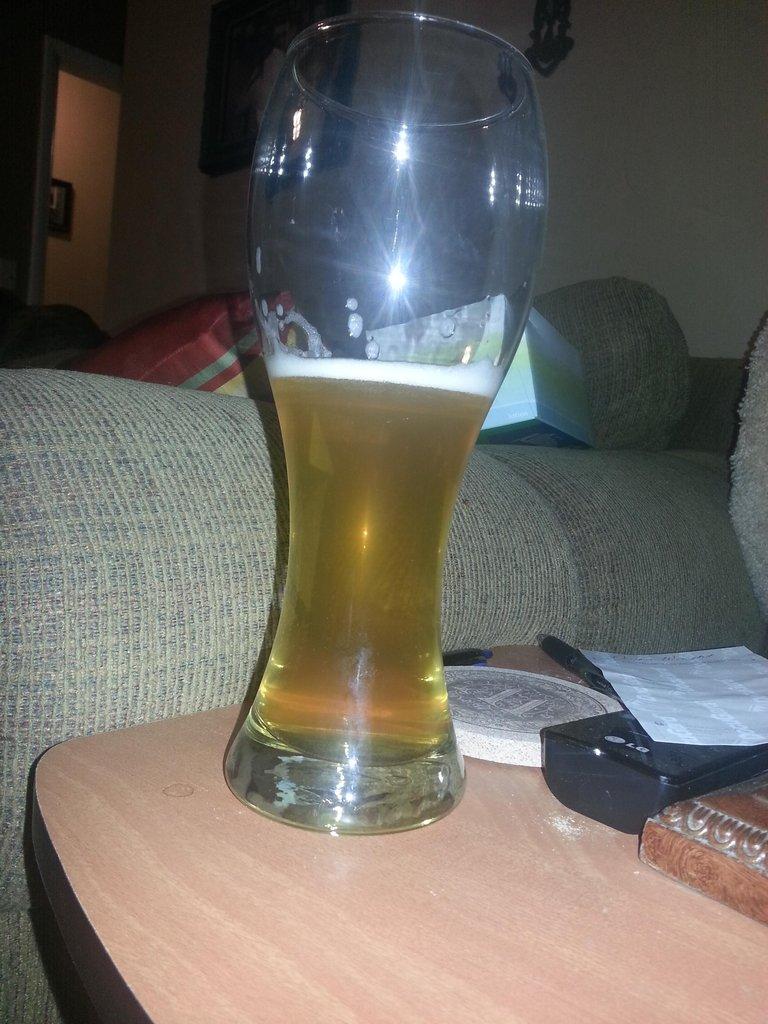 The finished beer! You wouldn't know that I had used gelatin by looking. The clarity is not good. Sadly, it is all gone or I would have taken a better picture for this blog post.
I had about a dozen different people taste. Some veteran craft beer drinker, some not. Our informal results indicate that nobody can taste any DMS. In general, it's a decent IPA if not a great example. I feel that many of the tasters did not enjoy the Green Bullet hops. I personally find them delectable and will continue using them, but to each their own. The worst comment was that it had some harsh bittering. Now that I think about it, the worst review would be from Poncho who practically spit it out before washing the taste out with some Bud Light. I believe some of the testers objected to my choice of a somewhat flavorful yeast, as well. If I do this again it will use a more neutral yeast.
I don't know if there really isn't a DMS issue for sure. It may have never made it to the bucket, or it may have been flushed out during fermentation. It also may have been covered up by the aggressive hopping.
I'm certain this has more than 38 ibu. This may be because of the first wort hopping and the hopstand. I didn't chill the beer before the hopstand, so it likely spent some time above 180F. If I were to guess, it's 65 or more IBU,  but I don't know how to calculate it given that the utilization depends on temperature and I didn't bother to measure the rate at which the wort cooled.
Altogether, success.

These types of experiments are great. I always do a full 60 min mash, then a 10-15 batch sparge at 168F. Altogether, it probably takes 75 minutes for the sach rest and vorlauf and lautering, plus the sparge time plus vorlauf and lautering. I am thinking from what I have read in different blogs/forums, I probably do not need to do a full 60 minute mash, maybe I could get away with closer to 45 minutes. Every little bit of times helps to shorten the brewday.

Nice job on your beer! Glad it turned out well! How long do you usually do your mash for?

@th3beerman I typically mash 30 minutes and check gravity to make sure it has converted as expected. This time, I went over an hour as I just let it sit until I could get away from the newborn.

wow, fascinating. The fact that you personally like the beer is what matters most. Cannot wait to see if you try this again. It must have been hard to figure out how much hops to use, considering the 5 minute boil? interesting how bitter it ended up being.
I'm experimenting with 30 m boil/30 min mash: onepotbrewing.wordpress.com