A Dark Journey Through Hefeweizen - Part 5

There always seems another thing to go out and try between the myths and methods behind brewing. Even with just focusing on Hefeweizen yeast I have managed to get through more than 12 brew sessions experimenting. Living in Southern California, everything has to be potent and powerful when it comes to flavors. A balanced beer isn't all that popular no matter how challenging it was to make it. So I go to find a path to focus just on Ester production and this time with Open Fermantion and Fermenter Shape.

Picking out a Fermenter

It was one thing to want something and another to pull it off. Stopping by a homebrew shop there was little actual options for fermentation vessels. Checking online didn't result in anything better as everything seemed to be the usual cylinder. Creativity knows no bounds though as I broadened my search to just plastic PET containers. Lo' and behold I come across my projects savior, The Gamma 2 Vittles Vault Plus! I had planned on picking some of these up for grain storage when I got more space so for $20 I couldn't pass up this as an option. The lid is air tight so I could drill and use an airlock if needed later or just use for actual dog food. I was also glad that the 25lb I selected was just the right size for 5.5 gallon batches. The more short and wide square shape had me worried at first but it seemed to fit fine in the fermentation chamber but I don't think I could fit two. On to the brewing! 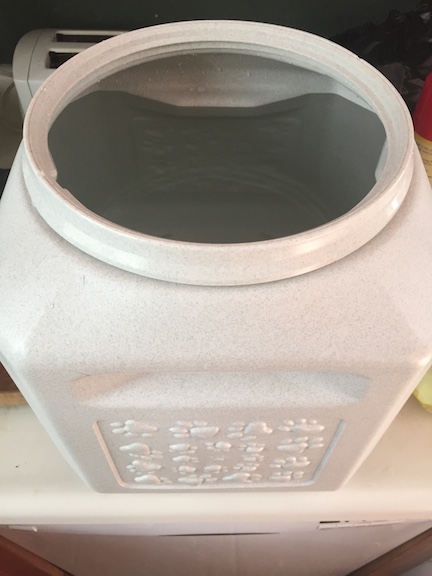 Completely not a waste of Californian water at all

With my earlier results, the brew day was simplified down to just a BIAB two-step mash. A 10 minute rest at 111 F (44 C) and a Sacc rest at 154 F (68 C). Though I had entirely gotten used to the high efficiency of my decoction mash and I forgot to update my equipment profile. This ended up being a Session version which skewed my goal a little on this beer. Still, I knew that fermenting at 72F would really kick out a lot of esters in this beer so it should be enough. 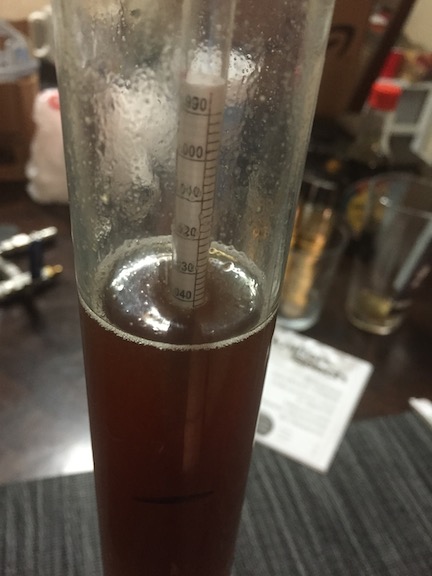 The bad news on brew day

I was really worried about contamination on this one. A lot of the pro breweries have sanitization filters for their open ferment rooms to keep the air clean of possible contaminants. The best I had was a squirt down of starsan in a spray bottle. I then used the brew bag itself after a rinse and dip in sanitizer as a way to keep anything getting in yet letting it breathe. The trick though was that this still was a closed environment being a chest freezer as my fermentation chamber. So throughout the fermentation, about once a day as best I could remember, I would open the chest up and try to gently waft the air around to get the CO2 exchanged out. 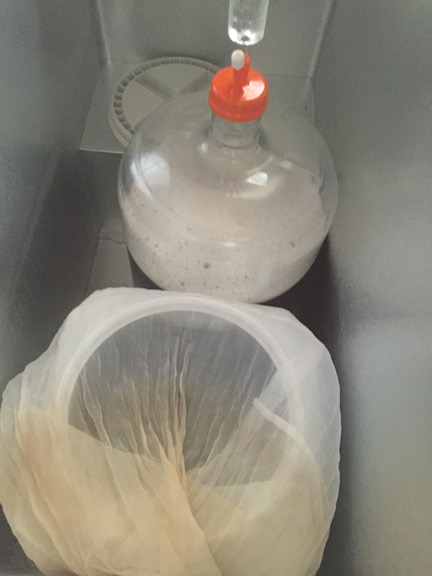 The challenge with this beer was getting Esters out of it and I did indeed draw esters while avoiding the Phenol/Clove flavors with the high fermentation. Just as any local would tell me, it just doesn't have enough pop. The usual heavy esters that I get from warm fermentation just wasn't there. It was strange and then I got a few more beers in when it hit me. This was damn smooth for the temperature fermented at and the esters did not have any hints of the fusel alcohols they usually come from. I could imagine that this could be used for pushing the limit on the hot end with higher gravity beers. Dunkelweizenbock seemed like quite an interesting idea to store for later.

This definitely needs more testing, but I will have to put this on hold though as the year end competition season cranks up. Brew United, Reddit, and 3 other local competitions drawing my attention all before December. Plus the barrel project and I have about 45+ gallons coming over the next two months, a nice problem to have but there are limits till I get more space. I plan to bring this brew to the next QUAFF meeting though to help empty my stores just a bit more before the next batches come through. So see you if your local!

And you thought I was done, I did mention that the mixed yeast I use makes for an extra vial's worth. I didn't want this to go bad so I ended up spending under $20 for four gallons of non-condensed, perservative free, 100% apple juice from Costco. Dumping that into a carboy with the extra mixed yeast (300 + 510) with no other preperation. I had no idea how it would come out but fermented at 72 I thought it would get some nice fruity characters. The final product came out quite tasty for what I put into it. I recomend this for a quick party batch of 'Cider' as it is good. After going to a lecture and tasting on real ciders though it left me wanting. I might try to get ahold of some Crisp cider juice (must?) for the next time I try this to enhance the flavor.

Great article! I just had one question. When your Hefe finished you noted that you didn't have that "pop" that your neighbors would expect, but had a smoother character. Were you going for less Clove flavor and more banana like esters? If it avoided those spicey esters, it would be interesting to try in an ale (Amber, brown, etc.) that those esters would be less than desirable, but the Brewer couldn't maintain low ferm temps.

@Buxman14 sorry on the delayed response, I don't get notices on comments. Open fermentation does help mellow out the esters at higher temperatures but only in the fact it helps prevent the 'sharp' fusel alcohols that are ester per-cursors (they break down into esters). I will be doing more tests to see how open fermentation works in my process and will post on that later.